Lindberg Inkamala portrayed an animate landscape expressively in the 1960s. In the 1970s he evolved to more stylised patterning and sometimes suggested red earth pathways by which the viewer might enter country.

Lindberg appears to have started painting seriously around 1962 and he painted until at least 1977. He was not a prolific painter and is not represented in public collections. As at October 1958 when aged 16 he was a stockman. He may not have married and, sadly, he died young at 38 years of age and his full potential was perhaps not achieved.

Lindberg Inkamala was 7/8ths Aboriginal and was the son of Gerhard and Avis Inkamala. His mother was a Loritja woman. Lindberg was Western Arrernte, Subsection (Skin) Ngale. 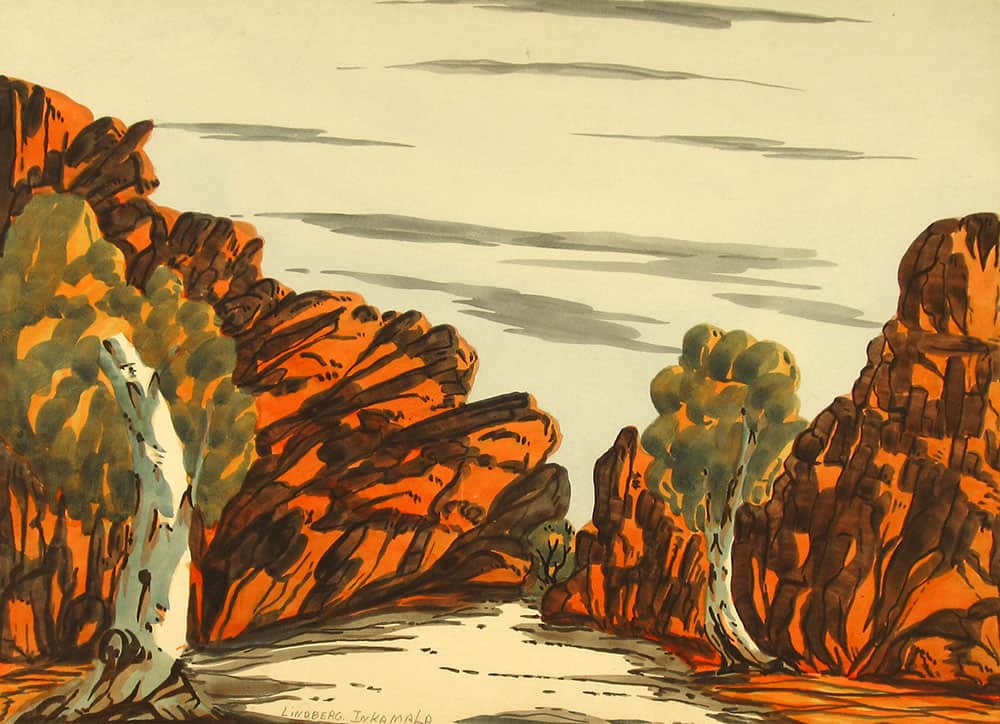 This is a bold concept, which was painted expressively. The trees and cliffs are very animate. It may be a memory or studio painting. The clouds complement the riverbed view. Cerulean blue is used for the sky and on the shady side of trees. Lemon yellow and orange yellow backlights foliage. The white of riverbed and trees is unpainted paper.