Ivan Panka (or Pannka) developed his own stylised nature-based patterning in which negative spaces in the sky were an interesting part of the composition design system. Ivan Panka was active in the 1960s and 1970s but although talented, was not a prolific artist. Ivan seems to have started to paint around 1960 and possibly continued throughout the 1970s to around 1980.

Ivan Panka treated the sky as a special part of the design space. He created interesting negative spaces in the sky to emphasise his interpretation of the country. He romanticised scenes with unusual colour systems.

The brothers Claude Panka (or Pannka) (1928-72), Nelson (1935-71) and Ivan (born 1943) were the sons of Anthapa and Sandra (nee Panka) Emitja. Claude’s surname appears as Emitja on certain documents such as the Northern Territory Nominal Roll. They were of the Loritja language group, Kemarre Subsection (Skin). Claude’s daughter Gloria is an artist continuing the Hermannsburg watercolour school. They are all of the Loritja people and originated from Tempe Downs south of Hermannsburg. 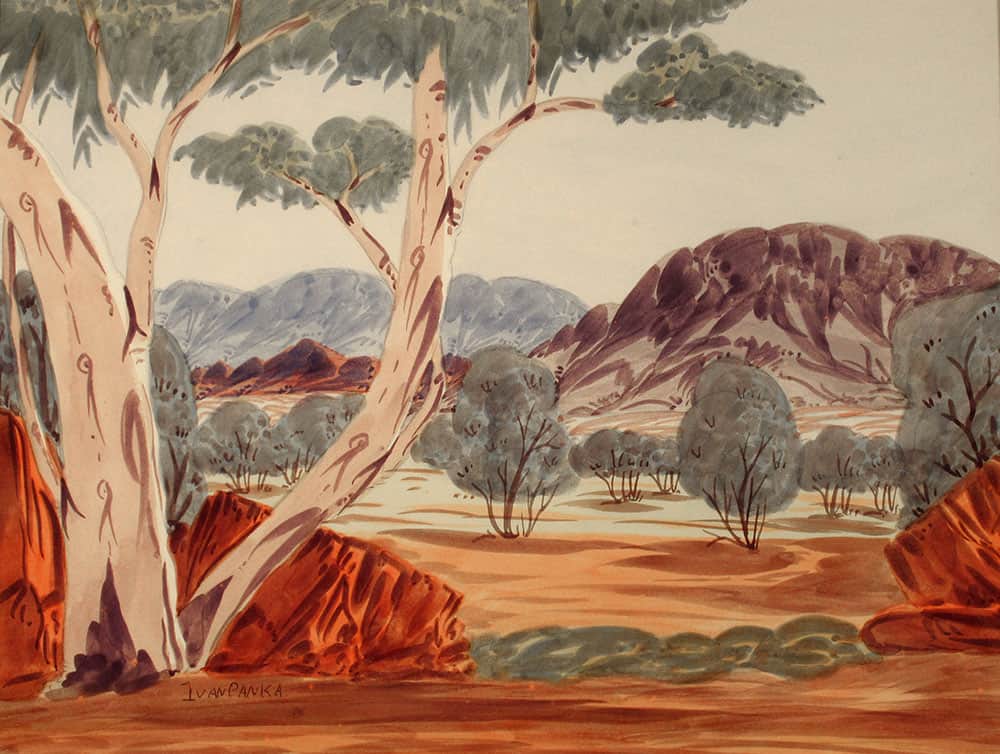 The totemic tree, replete with schematic symbols on its twin trunks, seems to both screen and to enhance the way this special scene is perceived. In this fantasy scene the country appears somewhat animate and stylised. The big tree, along with the foreground red rocks and narrow band of green screen the viewer symbolically from the broader scene. The shady side is in two-tone mauve, reflecting the ultramarine and pale red foothills. There is a two-tone purple hill on the right. Small trees are scattered on a luminous band of lemon, and soft orange with mauve stripes indicate the mid-ground plain.

Tree marks like those employed by Keith Namatjira and Arnulf Ebatarinja. 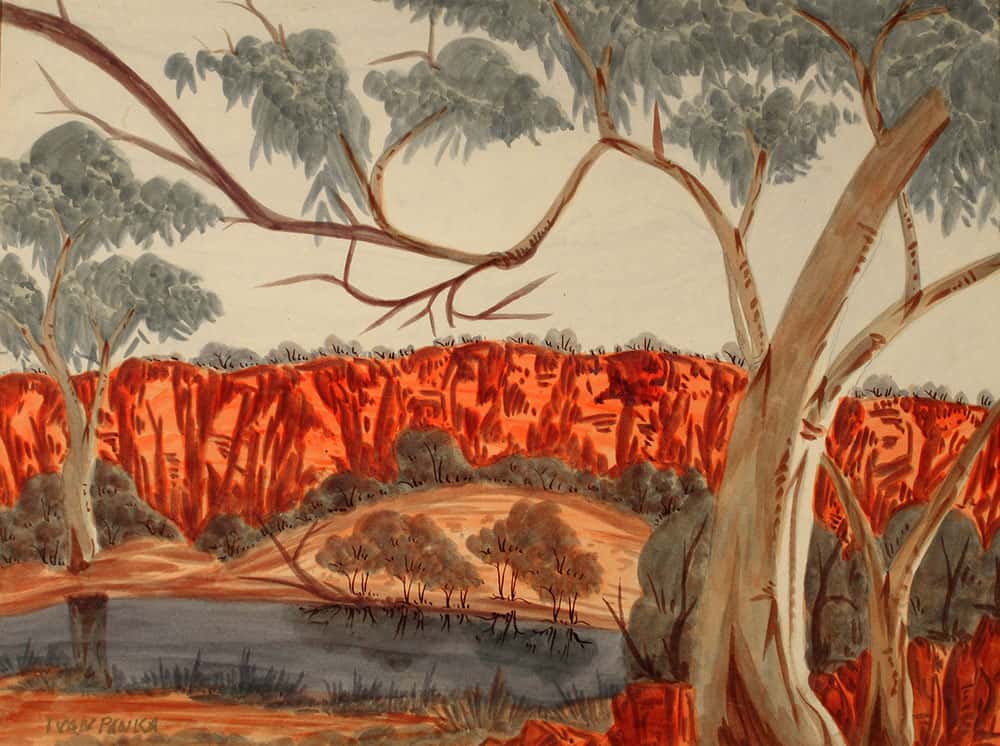 In the top of the painting the relaxed and stylised line pattern and exaggerated arching limb of big tree, against the sky, is like an abstracted large scale summary of the detailed shapes of the scene below; red patterned cliffs with small mauve blob trees on top, from across blue water and pale orange sand hill. In a late stage of the painting the artist extended the tree branches (in mauve) to the left half of the composition to complete the side to side band.

The red cliffs have a stylised line pattern, repeated in the right foreground rocks. Foreground has tussocks at edge of water. Reflections repeat shapes. No distant hills are needed to complete this striking design. 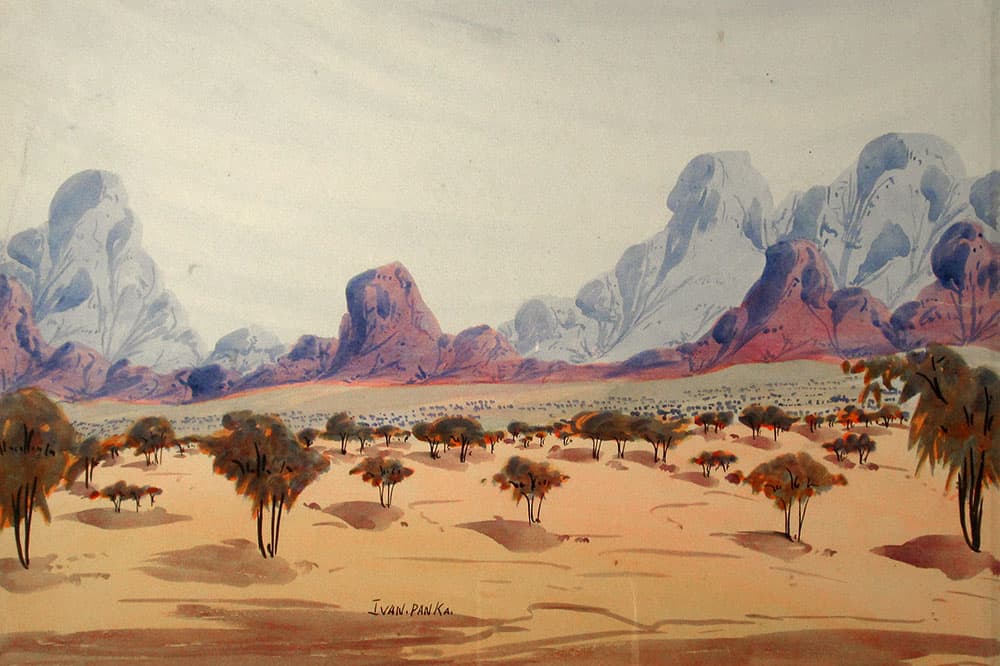 The soft golden plain with spaced small rounded top trees relates to the rounded blue and magenta hill tops of the interesting skyline. A schematic mid ground plain with delicate dot infill separates the hills from the treed plain.